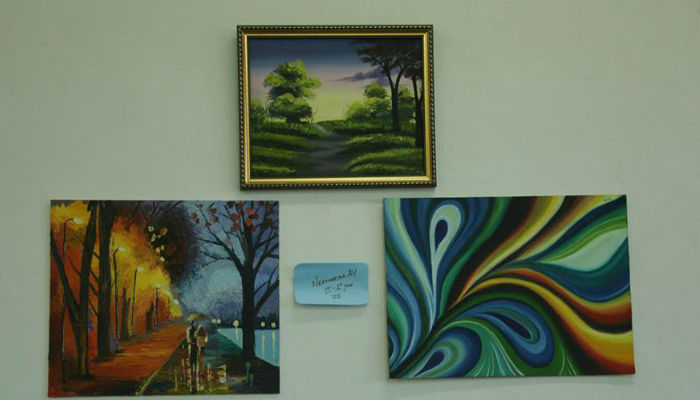 According to ancient lore, it is due to creation, or KRITI that our whole world came into being. It is because of KRITI that the wonders around the world exist! Truly KRITI is the basis of the universe!!!

We, all Vasavi strongly believe in power of creation and it is to prove this point that KRITI an annual art exhibition came into being. Over the past two years KRITI has given students a platform on which to showcase their powers of creativity through the mass cultural medium of art. It also provides vasavians and the fineart students an opportunity to home their latest skills through interaction with famous artists from all over the country.

A resounding success since its first year, KRITI has always amazed and inspired the admiring public with the immense talent creativity of students, who present their ideas in the form of paintings, murals, photographs and sculptures.

The inspired works appeared in various hues, shapes and formats from sketches in pencil and charcoal to regular paper and canvas. The participation of the Eminent Artists and tghe Budding Artists from the various Fine Art Collefges of the Twin Cities turned KRITI into a great success than before with more paintings, more sculptures, more people and in general more art! The proceeds of this valuable Art work will be donated for Child Heart Surgery as a philanthropic gesture.